The Crossed-Out Swastika by Cyrus Cassells 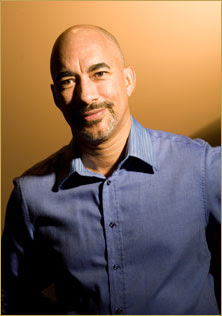 There are poets who change the emotional, intellectual, and aesthetic landscape for us, whose words seem to fly even as they stagger with the weight of what they’ve imagined and what they’ve seen. They are our brothers and sisters in this life, yet they leap ahead of us at each stage of the journey because their hearts ache to write it all down, to say what has wounded and exalted them, and they say it with all the blood and flesh still clinging to the bone.


Cyrus Cassells is one of these poets, and the wonder of it is that The Crossed-Out Swastika, this most recent gathering of his poems, has an antecedent: Soul Make a Path Through Shouting (Copper Canyon, 1994), the first part of a projected three-book sequence that will deal with human rights and spiritual endurance. John Guzlowski and I have selected 5 poems from The Crossed-OutSwastika that we feel illustrate and embody this goal. The feature includes links to a wonderful reading Cassells gave in November at the Rothko Chapel in Houston and to a recent review of this book by Dan Shewan, as well as a personal statement about his enterprise and his vision.

I would like to add one more item to this feature: a 20-line excerpt from “The Weight of Brothers,” from Soul Make a Path Through Shouting: here is the drusy beauty of phrasing and the moral clarity that I associate with the writing of this exceptional poet:

To see at all is grace:

This child offers the camera
His blighted gaze.
This man peers through a mask of fire;

It has come to this:
Hen feathers, rubble, shards of broken dolls,
Rubbish from the pockets
Of a Russian soldier’s corpse,
Culled from the dust
Of his gutted shelter;
A tourniquet of turban cloth:
His blood and shock
Carried on a ragged mule
Through the winter-toothed mountains,
Over the poisoned ground,
Under hoary stars, grenades
Strapped to kites,
Over the border,
A cusp of iced trees,
To the camp —

And when her son never returned
from the meant-to-crush-him camps,

for endless hours,
and once, under her lids, she was led,

by diligent female Virgils,
to a vast meadow

where an inspirited Isa embraced,
one by one,

countless women who remained
in mourning for their cherished sons.

Gallant and stricken,
together the myriad bereaved

prodigal with bitter tears,
and then, suddenly,

like a jackdaw darting
from eave to sun-drenched eave,

something flew between the throats
of the grieving,

In the dream, Isa recalled,
the singing of the harrowed women

In the dream, the startling river of sound
altered the embattled earth.


SABINE WHO WAS HIDDEN IN THE MOUNTAINS
I.  A Girl of Vichy France

or the sun’s reveille,
but a verdict of iron,

with exquisite engines
of this-and-not-that,

and boots like trampling hooves—
Bells of invaded parishes

by braying patriots,
and learners whose hair

would never thin or silver
were banished from their desks and inkwells:

Where a cellophane France,
all flyapart assurances,

renounced Sabine and her peers—
plane trees and regretful plaques

so that the questing pilgrim
or the alert passerby

might perceive,
in the midst of the sumptuous city,

soulhollows
where even the smallest Parisians

were obliterated without pity.

through tunnels and laconic fields:
11,400 hopes--

Sabine, who was hidden in the mountains,
has nudged me to city hall

to live awhile in the duress,
the dog’s-snarl cosmos

of never-grown deportees.
But will Parisians take time,

Sabine laments, to bear in mind
the children of verboten sidewalks,

before his transport to Poland,
a brave boy left on a wall,

We are leaving Drancy in good spirits,
but for the traveler, the commuter,

today Drancy, where we Jews were held,
is only a place you whisk by

on the train to the airport—
Near us, some vying kids

are unsettled
by the uncanny resemblance

between a child in a yellowed photo
and a schoolgirl who lingers,

crestfallen, hollow before
the image of her deported twin–

When the welter of kids passes,
Sabine whispers:

Ma pauvre petite!
Hurry, we’ve got to help her:

she was too stunned to notice
the girl in the picture lived!

Sabine with her forest-colored blouse
fills my summer rooms

on the rue des Rosiers;
on Sabbath mornings,

Hebrew singing floats
from the temple on the rue Pavée,

competing with the voluble
pigeons who adore my ledge.

So the war has become
your devoirs:

Yes, Sabine, my homework
that I can’t seem to escape:

My friend, when I entered your flat,
I could feel it in my bones:

the family that once lived here
was deported!

No surprise in your neighborhood:
the Pletzl!

Sabine, yesterday my landlord read
my poem rooted in the war

and revealed: as a small girl,
she was hidden like you.

Poet, from cellar to cellar, I remember
I held onto, of all things,

a picture book about a magical goat,
inscribed by my witty father:

This storybook belongs
to Mademoiselle Sabine

the way Paris once belonged
to Marie Antoinette—

Somehow having that book
helped me to endure

the cold and fear---
And when I returned to Paris

it was to a world of ghosts,
the void shaped

by my murdered generation.
Was it the same for you

in the epidemic--
when you returned,

after so many deaths,
to San Francisco?

Do the men, like my school friends,
still come to  you in dreams?

At the exhibit, I thought:
Small as they were in life,

my playmates,
their souls must be immense by now.

JULIEK’S VIOLIN
Even here?
In this snowbound barrack?

teeming with the trampled
and the barely alive,

realm of frostbite and squalor,
clawing panic and suffocation—

with a psalmist’s or a cantor’s
arrow-sure ecstasy—

One prison-striped friend
endures to record

the spellbinding strings,
the woebegone—

and the other,
the impossible Polish fiddler,

is motionless by morning,
his renegade instrument

mangled
under the haggard weight

of winterkilled, unraveling men.
Music at the brink of the grave,
eloquent in the pitch dark,
tell-true, indelible,
as never before,
as never after—

linger in the listening,
the truth-carrying soul of Elie,

abundance, be here, always here,
in this not-yet-shattered violin.

THE POSTCARD OF SOPHIE SCHOLL

There is the lightning-white moment
when I learn—

the way my costive train to Krakow
stopped

and I woke to find myself,
in jostling twilight,

at the Auschwitz platform—
that the Italian postcard

I garnered in Milan years ago
as a genial talisman,

isn’t of a pipe-dreaming
Italian boy,

no, no, but an androgynous
image of Sophie Scholl,

the young, intrepid resistance heroine—
as if I’d registered,

What would you undertake
to stop tyranny?—

in benighted Munich,
the spit-in-the-eye swiftness,

the unbossed bloom
of a crossed-out swastika,

the fierce integrity
in the gust of the word freedom

sprayed over the walls
and ramparts of a deranged

fatherland that rent flesh
as if it were foolscap—

Someday you will be
where I am now,

a steely, premonitory Sophie
proclaimed to the rapacious

Nazi tribunal that rushed her
to execution—

a bel ragazzo’s charm;
all these years:

it’s the spirit of crusading youth
that I’ve cherished.

Look, we have made
a counterpoint

of white chrysanthemums,
a dauntless path

of death-will-not-part-us petals
and revering light;

even here,
even here

before the once-wolfish ovens,
the desecrating wall

where you were shot,
the shrike-stern cells

where you were bruised
and emptied of your time-bound beauty--

you of the confiscated shoes
and swift-shorn hair,

you, who left,
as sobering testament, the scuffed

Come back, teach us.
From these fearsome barracks

in the russet-billowing hours
of All Hallows,

let the pianissimo
of your truest whispering

(vivid as the crunched frost
of a forced march)

revealing to us,
the baffled, the irresolute,

the war torn, the living,
more of the fire

and attar of what it means
to be human.


The Crossed-Out Swastika by Cyrus Cassells is available at Amazon
.
A review of Cassells' book by Dan Shewan appeared recently online at The Rumpus.  You can read it by clicking here.


Cyrus Cassells is the author of five books: The Mud Actor, a National Poetry Series winner and finalist for the Bay Area Book Reviewers Award; Soul Make a Path Through Shouting, hailed as one of the Best Books of 1994 by Publishers Weekly, the winner of the William Carlos Williams Award, and a finalist for the Lenore Marshall Prize; Beautiful Signor, winner of the Lambda Literary Award, the Sister Circle Book Award (for African-American literature), and a finalist for the Bay Area Book Reviewers Award; More Than Peace and Cypresses, a Lannan Literary Selection, named one of the Best Poetry Books of 2004 by Library Journal; and The Crossed-Out Swastika, 2012. Still Life with Children: Selected Poems of Francesc Parcerisas, translated from the Catalan, is forthcoming. Among his honors are a Lannan Literary Award, a Pushcart Prize, and two NEA grants. He is a Professor of English at Texas State University-San Marcos.